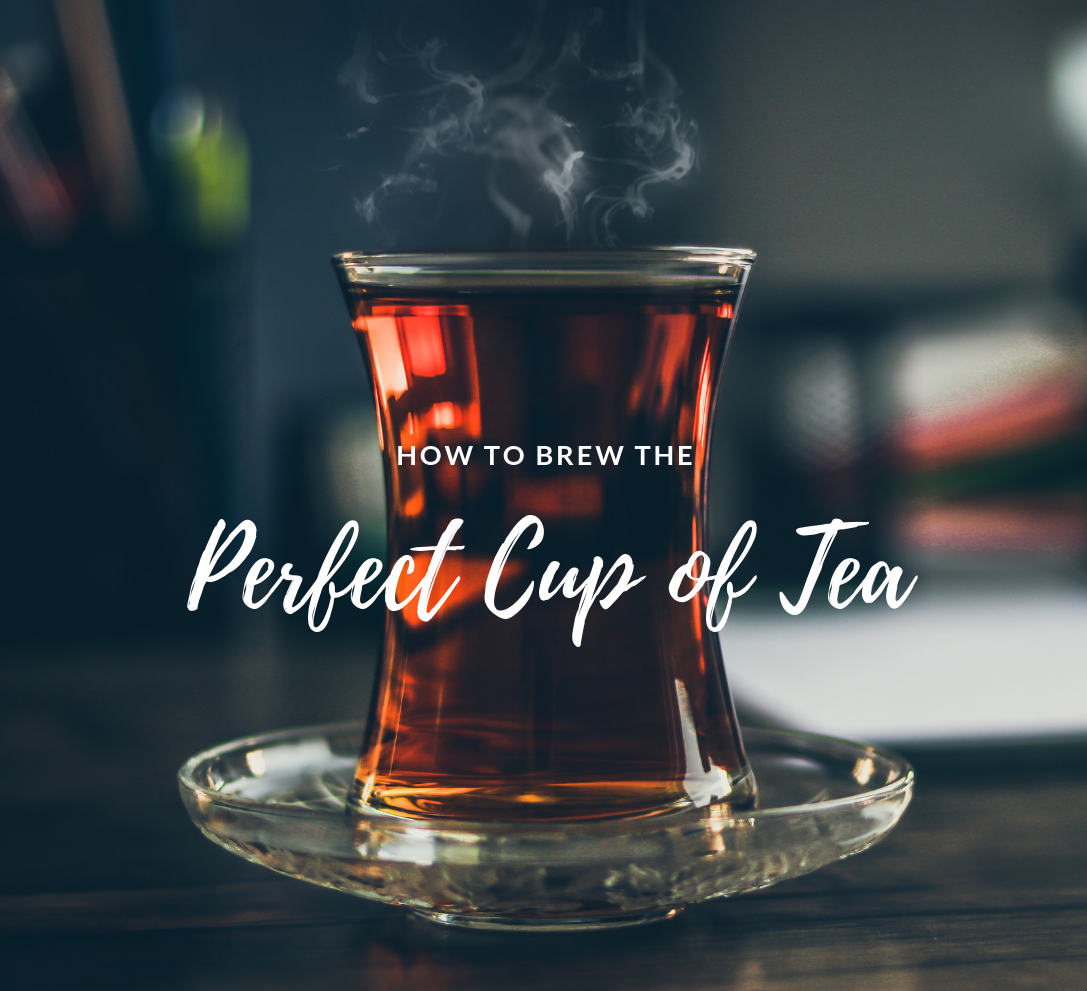 The perfect cup of tea does exist. It is out there. It is achievable. There is never a worse feeling than going through the entire process of making a cup of tea only to have a bitter or weak taste. I often am getting ready in the morning and decide to start the tea process and end up forgetting about the tea. Then I am rushing out the door with bitter tea. Brewing times and temperatures are important for a consistent taste each cup. Too hot of a temperature, the leaves are burnt. Too cold of water and the leaves do not release the flavor thoroughly. It is an easy process once you get into the method of watching and timing your tea. I promise you there is a noticeable difference when your tea is brewed correctly. DISCLAIMER: This is what I have found to be the best techniques for my own personal tastes. You might like to brew your tea slightly differently, and that’s okay! Hopefully, you learn something you didn’t know or try a new way of brewing.

​​When brewing Green Tea, one teaspoon of tea is recommended. If making iced tea, I would recommend two teaspoons of tea. With green tea, it is extremely important to have the correct brewing temperature. If brewed too hot, the taste turns bitter. If too cold, the full flavor from the leaves will not be extracted. Green tea can be re-steeped two to three times. When re-steeping, raise the temperature slightly with each brew. The amount of time the tea is steeped can create new flavors and strength with each new cup. I have found green tea to be the most unforgiving if you over-steep.

​​When brewing White Tea, one and a half teaspoons of tea is recommended. If making iced tea, I would recommend three teaspoons of tea. When brewing white tea, there is no one standard way to do so. If you want a stronger tea, it is better to add more tea leaves instead of letting it steep longer. The longer the tea steeps the more bitter it can become. White tea can be re-steeped two to three times. When doing this, make sure to slightly raise the temperature of the water and the amount of time steeping with each cup.

​​When brewing Oolong Tea, one teaspoon of tea is recommended. If making iced tea, I would recommend two teaspoons of tea. When making the tea, start by pouring hot water on top of the leaves (just enough to cover them). Strain the water immediately then continue preparing the tea like normal with the remaining water. Rinsing the leaves is a traditional practice among Oolong tea enthusiasts, which allows the leaves to open before the first steeping. Oolong tea has very complex flavors and it usually steeped multiple times. If using a larger pot, it can be used two to three times. With a smaller pot, it can be re-steeped up to five times.

​​When brewing Herbal Tea, one and a half teaspoons of tea is usually recommended. This depends on personal preference of strength and taste of tea. If making iced tea, I would recommend 3 teaspoons of tea. When making a cup or pot of herbal tea, after the water is poured, I would recommend covering the tea. This is unique to herbal and fruit teas. The longer this tea steeps, the more bitter the flavor can become. I notice that when making a pot of herbal tea with the infuser made into the pot, the first cup is a lot lighter in flavor than the second or third. I personally enjoy a strong herbal tea, so I have no problem letting the leaves sit in the pot and steep until my next cup.

​​When brewing Rooibos Tea, one and a half teaspoons of tea is recommended. If making iced tea, use three teaspoons of tea. A fun alternative with this tea is brewing it in milk. If choosing to do this route, I would suggest adding more tea leaves. When normally making a Rooibos tea with water, rinsing the tea leaves once before is a popular practice. Sugar, honey, or a splash of milk can be added for enhancing the flavors. Bring the water to a boil or just below a boil. When steeping Rooibos tea, most people do about three to five minutes, it is to taste. Alternatively, though, steeping this tea for five to ten minutes can increase the number of nutrients and antioxidants in the cup. Some of us do not have enough time for that though, so three to five will still bring you a flavorful cup of tea.

​​ When brewing Black Tea, one teaspoon of tea is recommended. If making iced tea, I would recommend two teaspoons of tea.
Have the water come to a boil or just below if you have the capability to do so. If you want a stronger taste, it is better to use more leaves then leave the tea steeping longer.The longer the tea steeps, the more the tea can become bitter. Black tea can be re-steeped two to three times, increasing slightly in time each re-steep. I found that if I keep each steep to 2-3 minutes, I result in more cups of tea that are my taste preference. I personally only steep black tea at most 4 minutes but I usually try to hit 3 minutes.

Next article
The Tea about Drinking Tea

7 thoughts on “The Perfect Cup of Tea Doesn’t Exis-”