Organize my Tea Drawer with Me! 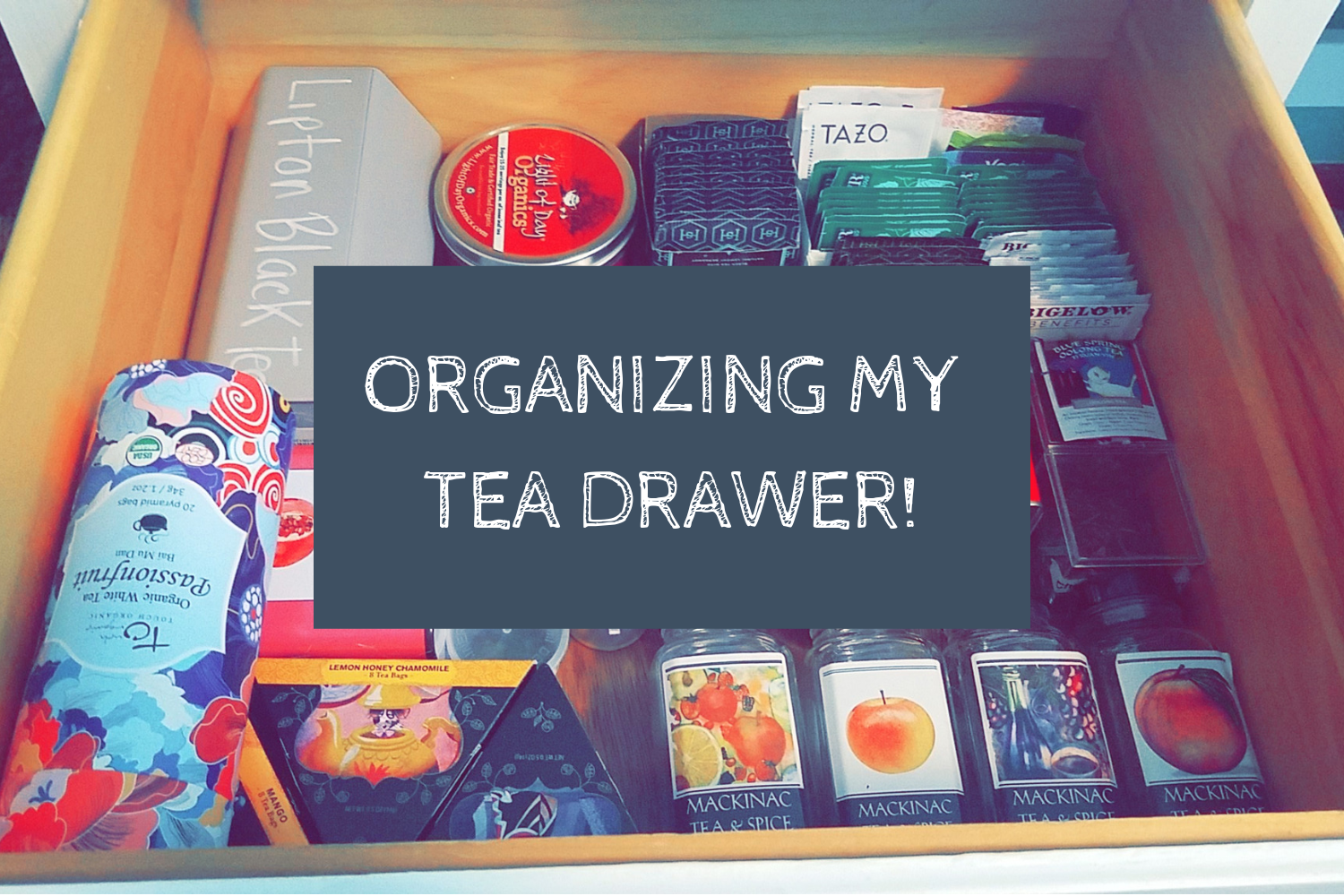 Organize my Tea Drawer with Me!

I would like to consider myself organized (my mom would disagree). But there seems to be a trend currently, thank you Marie Kondo, of organizing spaces by getting rid of things that do not bring you joy or have a proper purpose. I, at least, deep clean my living space once a month. It is usually around that one month mark that either I find myself so stressed that I procrastinate all other activities to clean or the messiness of the space stresses me out until I clean it. But my tea drawer usually does not get cleaned out. I am sorry but all of my teas bring me joy! But alas, my tea drawer was starting to get messy/on the line of needing a “stress clean”.

I recently bought new teas and just threw them into another drawer, so my tea drawer has actually adapted to two drawers. These new teas and even some old teas were still in non-airtight containers making them possibly lose their flavor and potency. Also, some pouches only have a few leaves left, making them take up a lot of room just for one more serving. All of these factors led me to decide that I needed to clean up my tea drawer.

While I would love to organize and have a Pinterest-ready tea drawer, my college budget prevents me from doing so. So I decided to organize my drawer with tools and storage containers I have lying around my house. I ended up spending $0 so this was extremely within my weekly budget to do. I used old tea containers and some crafty imagination to achieve a ly organized tea drawer. Here is how I did it.

I started by laying out all of my teas. I wanted to see what I was working with so I could get the proper containers and figure out what materials I would need. Sorry about the slight blurriness in the right corner of the picture, I did not notice until after I was done organizing and well….I could not recreate the picture. My main goal of this organization project was to get the pouches into containers that would not compromise the freshness of the teas as the pouches were currently doing. I also wanted all of the bulky tea boxes out of the way since also a few of them only contained a few pouches.

So, I first separated the loose leaf teas that barely had any left from the rest of the group. I had these sturdy plastic dressing containers from a meal prep kit I got from Amazon a while ago, but are also available for sale without the meal prep containers. I included a link so you can see what they look like, they are also in the picture to the left. I then took my label maker and printed out the names of the teas on each container. It seemed like most of these teas were mostly one serving left, so I did not want to write in sharpie or anything since they will most likely be reused in the future.

I had a few other larger square containers for the pouches that had more than one serving left. I again just labeled those with my label maker. I only had one large loose leaf bag from Teavana, so I ended up putting that in a large glass airtight container.

After dealing with my loose leaf teas, I focused on my 100-pack of Lipton Black Tea. I had a large Teavana container which was empty that would perfectly provide enough space for all the individual pouches. I attempted to put chalkboard paint on the container to cover up the Teavana logo, but it ended up peeling off. I decided to just scribbl Lipton Black Tea on the side with a Chalk Pen.

My next endeavor was to figure out how to organize all my individual serving tea pouches. I had already known that I would want to use cardboard and make little boxes that would store the teas. I was very lucky that the Lipton Tea, I had already organized, had small cardboard trays which I would put to use. I cut out the logo on each box, which I then taped to the small cardboard trays. This was obviously dependent on which teas were in each space. In the picture below, you can see how I taped the logos onto the boxes.

I had difficulties with putting all of my teas in these boxes, however. I have a Harney & Sons Earl Grey which had too many pouches for one row but too little pouches for an entire cardboard tray to itself. Quite the dilemma honestly. I ended up cutting the original tea box in half, which the logo upside down. I, at least, only used half of the bulky box.

That was mostly what I did to organize my tea drawer. I think it looks way better than the old two drawers system I had before, mostly because it fits completely into one drawer! Below is the grand reveal!!!! I left some tea in their original containers if the container was both airtight and functional. I most likely will have to organize again a couple of times if I get more tea or when I need to in the future.

So that is how I organized my tea drawer! Comment below any organizing tips and tricks you use to organize your tea! Happy brewing (and organizing!)!

Previous article
How to Eat your Tea in the Morning!
Next article
Making Black Chai Tea from Scratch…Kinda

2 thoughts on “Organize my Tea Drawer with Me!”

What is the culture of chai? My last article for

@bcbteallc is a Chicago-based tea company that foc