You can Drink Your Matcha! And Eat it too! 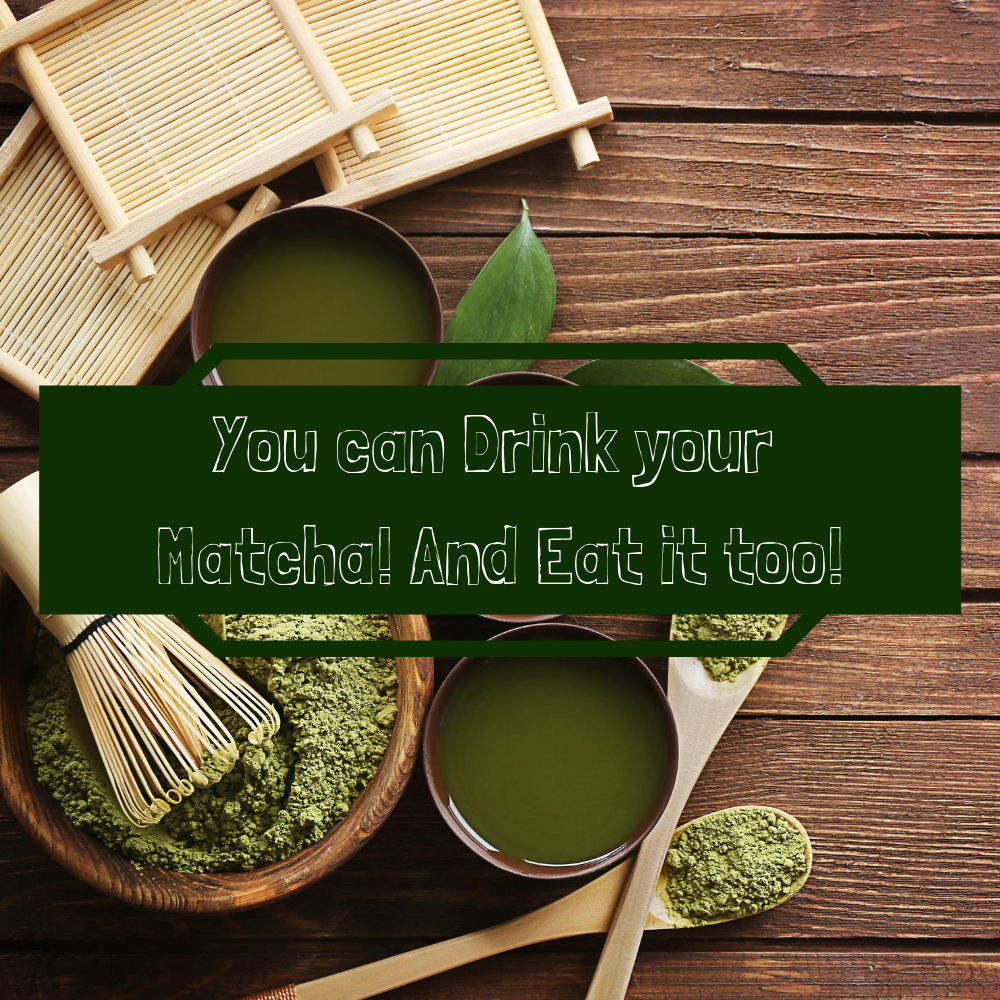 You can Drink Your Matcha! And Eat it too!

I am fascinated with the idea of eating tea. I recently did a post, How to Eat your Tea in the Morning, in which I introduced a recipe in where you can infuse your overnight oats with tea. I think it is this post which made me want to consider other ways you can add tea to your diet even if you are not drinking it. The market is actually full of tea products. Corporations have heard of the rising fame of matcha and ran with it, and we (me included) have dutifully followed. So, I decided to try a few imported products from Japan (and one that isn’t) which are infused with tea and let you know my thoughts.

Where did this trend begin?

America was not the first to come up with this idea of blending tea with candy or food, not by a long shot. It was actually in Japan where this trend became most popular. Most other countries import a number of these sweet treats from Japan so we can share in this trend. Not only do people now demand matcha and tea flavored food but for the drink matcha as well. Demand for matcha has all but doubled in Japan due to the matcha craze that we are experiencing. There are matcha lattes, matcha candies, and matcha beauty products, literally a product to match all of your matcha needs.

Matcha Kit-Kats: One thing you might want to know about me is that I am not a huge chocolate fan. Never really have been, too much makes my stomach ache. Every now and then, though, I will see something with chocolate and want to eat it. This is what happened with these Matcha Kit-Kats. These products are made like regular Kit-Kats but instead of milk chocolate, they use white chocolate mixed with m powder. These are a popular product in many stores and usually, sell out quite rapidly after restocking.

Oh my. These were yummy. I could not really taste any m though; they mostly tasted like white chocolate Kit-Kats. For this to be a “specialty product”, I was kinda disappointed in the fact that the main taste I was expecting, was absent. It still was absolutely tasty and I would definitely get these again. My sister and I were talking about this candy, and she said that since she recently had white chocolate Kit-Kats and knows how those taste, she could taste the Matcha in these specialty ones. Perhaps she has more refined taste buds that can specifically point out the matcha flavor to her.

If you are interested in trying this fun Kit-Kat variation, Amazon sells them. Matcha Kit-Kats are imported from Japan and the whole bag seems to be in Japanese, which is what you should expect anyways.

Green Tea Mochi: You might have seen this in Whole Foods. You probably have seen it somewhere on Instagram, but what exactly is Mochi? To answer my own question, it is ice cream wrapped in a sticky rice dough. It originated in Japan but now has made its way over to America and other countries. To some people, it is incredibly addictive. To others, it just is…odd. My sister swears by Mochi. She keeps extra in her freezer at all times, it seems.

Since it is so valued by my sister, I decided to give it a try. So, I went to my local supermarket and picked up two to try. They were on sale 2 for $3. I waited to try them with my mom, and when the moment came for us to try them…our faces twisted up with distaste. I liked the ice cream in the middle, but that doughy, gummy outside was not doing it for me. This confuses me slightly and I do wonder if the brand I had was not authentic or as good as they could be. (update: My sister said the brand I got was her favorite, so…I will conclude that perhaps the doughy outside is not for me) (post-update, update: She said the brand I got was NOT the brand that she got. She also stated that occasionally individually mochi goes bad and I might have just gotten a bad batch)

Matcha Green Tea Pockys: The idea of Pocky Sticks originated, like everything on this list, in Japan. They originally were a biscuit stick which was completely covered in chocolate with their marketing aimed at young women for a nice, light snack. Well, as you can imagine, some women did not appreciate the sticky chocolate residue that would stick to the hands. So, Pocky Sticks adapted, making the 3/4 chocolate look that we all know now.

My sister really loves all matcha flavored products, because this is another recommendation of hers. I have had the standard chocolate Pocky before, but the matcha was something slightly different. It is very difficult to explain the taste; it was something in-between chocolate and matcha but with the matcha flavor definitely winning over the chocolate. I liked it. It was actually a very delightful snack but I could see me eating the entire package of sticks at one time instead of just one for a “light snack”.

I know that you can get these snack sticks at many local supermarkets, I saw it on the Kroger website (if you live by one of those). But for those who do not know where you can get it, you can also get them on Amazon. Matcha Green Tea Pocky come in a three pack which actually is less expensive then what I saw at many supermarkets.

Conclusion: This was extremely fun, and mostly tasty, to do. Let me know if you have tried any matcha products and what your favorite is! Have you tried green tea Mochi? or Matcha Kit-Kats? Matcha Pockys? Let me know in the comments! Happy brewing (and eating!)!

3 thoughts on “You can Drink Your Matcha! And Eat it too!”