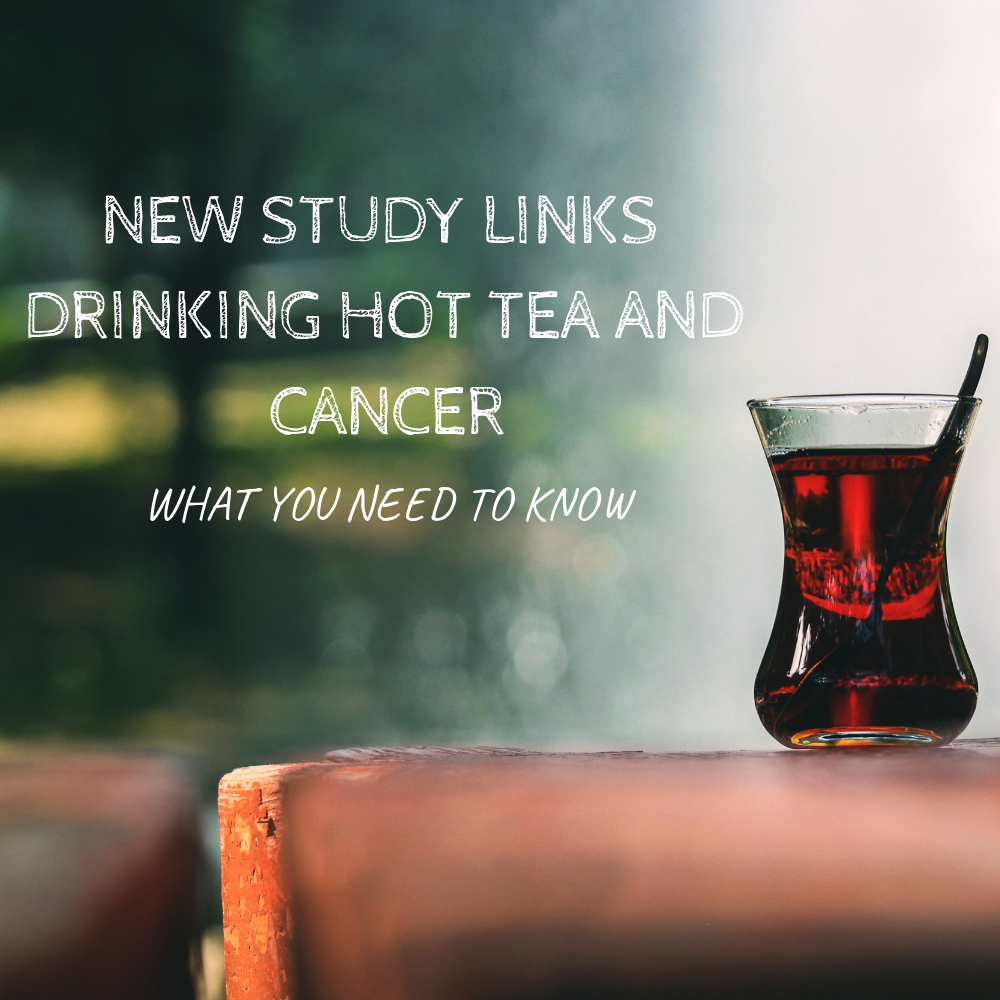 On March 21, 2019March 25, 2019
by Danielle
in Health and Wellness, Morning Tea
5 Comments on New Study states Hot Tea could cause Cancer later in Life

This morning, the news reported a study that concerns hot tea and Esophageal Cancer. I tried to find the original study online and was told I had to pay in order to view it. Luckily, I did not stop there. I am a college student and thank you to my university because I can access hundreds of thousands of studies and documents free (included in tuition). This includes Wiley which is the only place where you can get full access to the study. My information in the study synopsis portion is facts based directly from the study, and not from any second source reporting on it. I will cite any other sources outside of the original study.

What can you do to avoid this potential risk?

Their conclusion was to wait for your tea to cool to about <60 degrees Celsius (140 degrees Fahrenheit). In this study, they deduced that those who drank more than about 700mL of tea daily, at the temperature 60 degrees Celsius and above, had a 90% increase in the risk of Esophageal Cancer. If you would like to see how they reached their conclusion, read my synopsis of the study below. My mom had pointed out that she sometimes brews her tea in a Yeti, which keeps the tea insanely hot for a very long time. It might be in her best interest to try and cool down the tea before putting the liquid into the Yeti. But drinking extremely hot tea every now and then, should not negatively impact her health. She can always consult a doctor if this new information concerns her.

The area in Iran, where this study took place, has a high percentage of Esophageal Cancer cases. Its percentage is much lower in places like North America and areas of Europe (Hill, 2019). This is due to our cultures drinking tea at a much lower, more moderate temperature or people adding cold cream to their tea. Also, do not worry if you have burnt your mouth on tea, these few occurrences will most likely not have an impact on your health. I would consult a Doctor if you are concerned. It would be a continuous consumption of high-temperature tea over a long period of time which might put you at a higher risk, according to this study.

I want to include these since this is the main topic of this article. It is always good to keep informed on what is going on in your body, and new studies going on in the world. This information has come from cancer.net, so all credit goes to them.

I realize that this might be as far as some people go in my post, and that is okay. If you are interested in seeing my synopsis of the study (since it is hard to find for free), I am including the highlights of each section in the study. I think it is always important to show where the information came from and how they came to those results. This study was extremely scary to hear about since many people associate tea with being healthy (which it still is). I hope this does not discourage you from drinking tea, but to be aware of how you are drinking it. As always, happy brewing (a slightly, less hot tea)!

Results: They found that older people, men, people living in rural conditions, and those with lower education, wealth, who smoke cigarettes, use drugs, or drink alcohol, tend to drink tea at a higher temperature. It was also found that higher black tea consumption leads to higher high-temperature tea consumption. It was also found that those who drank more than about 700L of tea daily, at the temperature 60 degrees Celsius and above, had a 90% increase in the risk of Esophageal Cancer.

Discussion (condensed): This section talks a lot about the association of drinking tea while being a smoker or alcohol drinker, and the risk of Esophageal Cancer. They also point out that black and green tea contain many benefits which could potentially reduce some cancers, but also introduce the idea that possible carcinogenic compounds could have been introduced in the process stage of production. They, however, do not have the data to support this statement in regards to the components of the participant’s tea consumed. They talk about their strengths and reliability of this study, mostly in respect to its large data sample, the administration of collecting data, and low amount of participants who dropped out.

Conclusion: It is recommended that since there are no evident health benefits to consuming hot beverages, consumers should wait to drink their tea until it has cooled to at least <60 degrees Celsius (140 degrees Fahrenheit). Further information is needed to confirm the individual components of this association.

Previous article
You can Drink Your Matcha! And Eat it too!
Next article
1 Week Challenge | Replacing Tea with Coffee