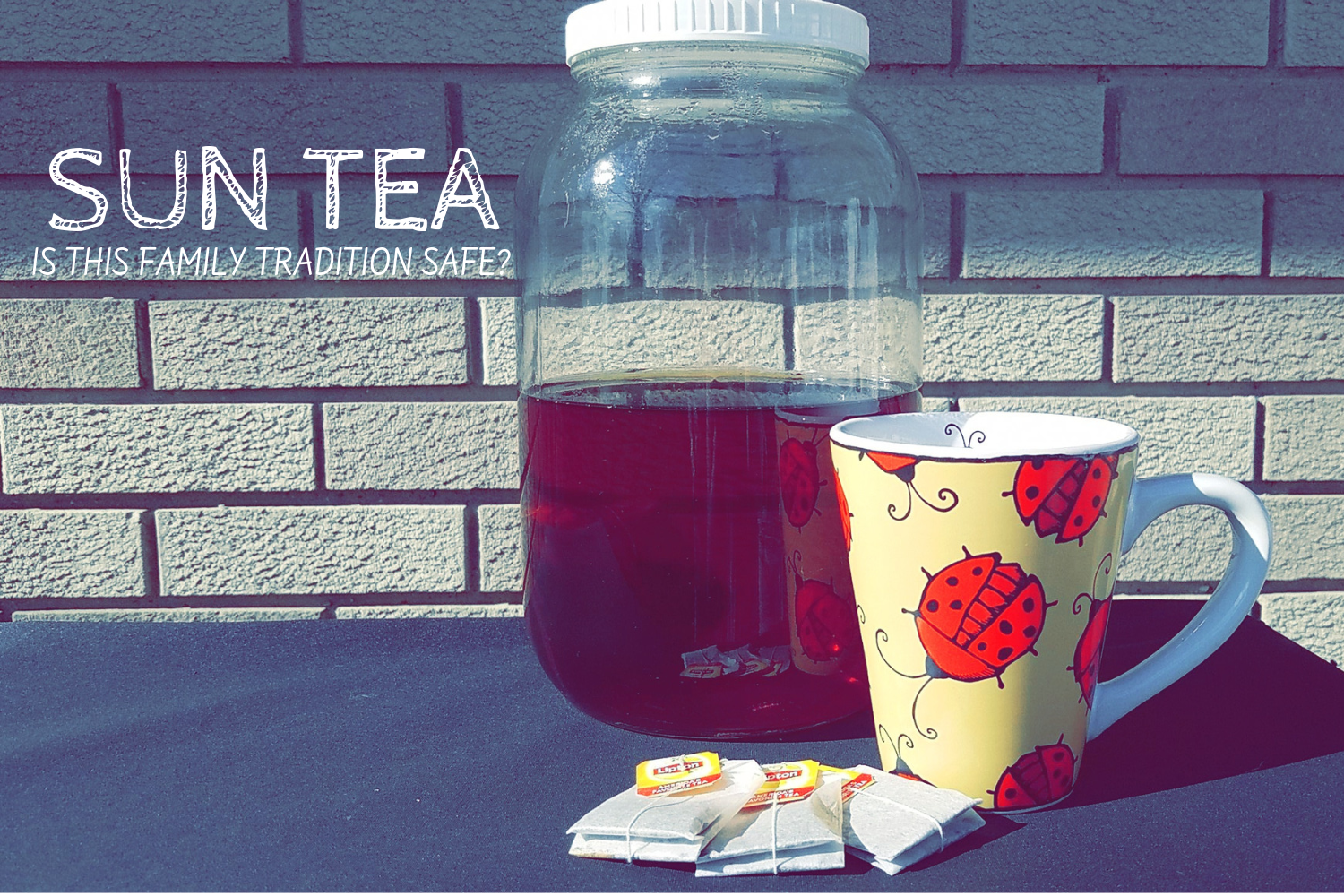 When I first proposed this idea to my family, my mom’s eyes instantly lit up in recognition. Sun tea apparently was a household staple when she was growing up. Over the weekend, I went to my grandma’s house and sure enough, there was a large jar of tea on her back porch. It is something my grandma just loves to do and does often. When we used to go up North, the very first thing she would do when she arrived to the cottage was put out the water and tea bags. But how did this become such a tradition? Is it a generation thing or just a nifty tea trick everyone should try at least once? Also, why are some people 100% against making tea in the sun?

The idea of making tea from the sun’s heat is not a new idea at all. Apparently, the idea came somewhere in the late 19th century but since tea bags were invented in 1908, it probably was a slight variation of what we know today. However, the sun does not do really much for the tea and many people push for consumers to instead make their tea inside of the refrigerator in a cold-brew method. But we will talk about the health concerns of sun tea in a couple of paragraphs.

Sun tea can be done on a large or small scale. Whether you are using 4 bags for a half gallon of water or one tea bag in a bottle of water. It makes more sense, however, to do the tea in bulk. Very American thinking there, I apologize. But if you are going to wait for your tea to brew for 5 hours, one serving is not going to compensate for the wait time. The appeal of making sun tea or cold-brew tea is that people do not like to heat up their house in the summer, so they choose to make tea other ways to avoid using their stove. It makes sense, we use our oven way less in the summer so it does not heat up our house.

How to Make Sun Tea:

To make sun tea or cold-brew tea (it is the same just different location), you need tea bags, water, a container, and a sunny day or cold fridge. Cold-brew tea will take about 3-5 hours to brew, but if you are brewing tea outside, time varies. On extremely hot and sunny days, tea could be completed in one hour. On normal days, it could be anywhere from 3 to 5 hours. Some people choose to sweeten the tea after this brewing time and then serve with ice.

Why are People Concerned?

When sitting out in the sun, the tea gets fairly hot. But not quite hot enough. Water has to reach boiling in order to kill bacteria; a temperature that the sun tea does not hit. If not taking certain precautions, the tea you are brewing could instead turn into a petri-dish which is not at all appetizing. While many people do not get sick from drinking sun tea, there is still a risk. I have read many articles, some which tell people to avoid making sun tea at all costs and others stating that the longer tea sits out the more risk. There are a few rules that are suggested for those who still want to make sun tea:

There we have it! How you can brew sun tea and do it safely! I cannot wait for a sunny day to continue to do this tradition myself! Happy (Safe) Brewing!