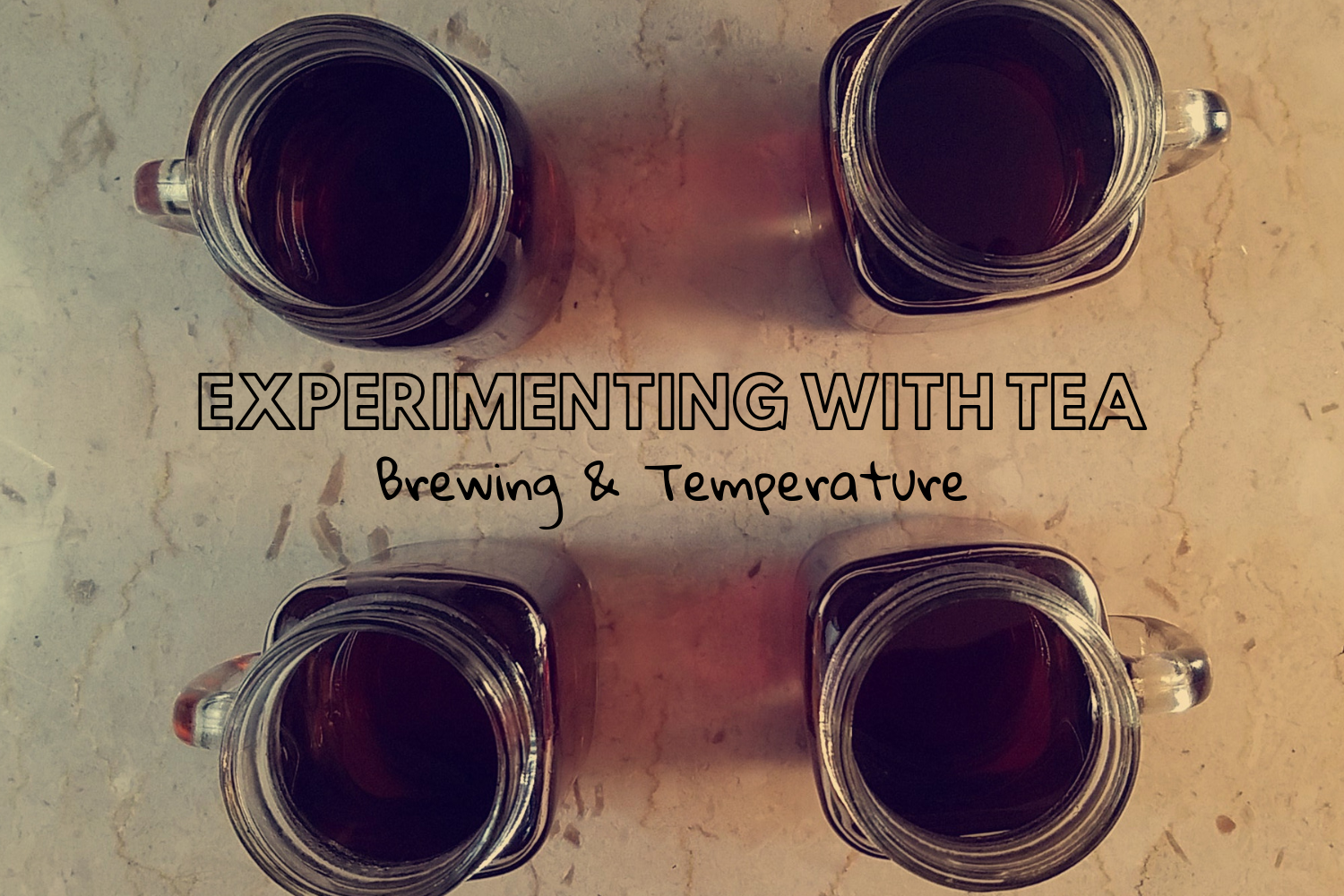 Many people often ask, does the brewing temperature or time of your tea matter? The simple answer…yes, it really does. The taste of the tea is not as well developed, and the appearance of the tea might be different as well. That is the textbook tea answer. However, it really seems like most people just take the idea of brewing times at face value, without their own experiments. So, I really wanted to test the idea of brewing times and temperature and see for myself if any of this even matters.

For my experiment, I used Lipton’s Black tea since I had such a large quantity of it and I knew how it was supposed to taste when perfectly brewed. I then made four cups of tea with different variable components. I first heated up water to 175 degrees (the temperature of green tea) and then brewed one tea for four minutes and another for two. After that part was completed, I heated water up to 212 degrees (the temperature of black tea) and then brewed tea again for four and two minutes. I will now refer to the teas as LTLT (Low Temp, Low Time), LTHT (Low Temp, High Time), HTLT (High Temp, Low Time), and HTHT (High Temp, High Time).

I then conducted two tests within the experiment. The first being an appearance test and the second a taste test. It was quite interesting that there did not seem to be much difference in appearances, but I think if I had tested other types of teas there might have been a more evident difference. If you look very, very closely, you can see that the LTLT tea is more transparent and lighter than the HTHT cup.

The next step was a taste test, which my mom assisted me on. We started with the 175-degree teas since they were more cooled down. While the LTLT tea looked like it was fully brewed, it tasted extremely watered down. This was to be expected but still was surprising since the tea held incredible color and smell. Next, the LTHT tea. Since this tea was brewed for two minutes longer, we both expected it to at least be a little stronger. Which is was, but it was still pretty watered down.

HTLT was next. To be honest, we had to really taste this one over and over since the heat seemed to be blocking some of our taste buds. This was mostly because of heat, but also because we could not really taste a difference between this one and the LTHT. They seemed very similar in taste, but near the end, we decided that LTHT was actually stronger than HTLT. Interesting find, to be honest, but it still goes to show that all of these different temperatures and low times make watered down tea. This leads me to my final tea, the HTHT. As I expected, this tea was actually perfect and aromatic in every way that it should be.

I could have left it at this. I did my experiment with the four teas, I really could be done. But I am an overachiever. I always have been. So, I made two more teas. But these teas were made with the intent to be ruined. I made one at 175 degrees and one at 212 degrees and then let them sit and sit and sit. I wanted to see if the temperature would affect the over-brewing effect that happens when you let tea steep for too long. I have heard of some people who brew black tea by using lower temperatures but a longer amount of time, so it really made sense for me to do this final portion of the experiment. This also could mimic what happens if you start brewing tea and then forget it (I am so guilty of this).

There actually seems to be a more apparent difference in brewing colors, with the cooler water brewing a lighter appearing tea. There was a major difference in taste as well. The higher temperature brewed, as expected, a very over-brewed, bitter tea. It even smelled over-brewed. The lower temperature tea was different than expected. It was not a perfect cup of tea, but it wasn’t terribly bitter and over-brewed. It probably would be useful if I start brewing my tea in the morning and then get distracted and come back to it, but not practical. So, either way, please keep the time in mind when brewing tea so it doesn’t get all bitter and unpleasant.

Wow, do I feel science-y. This was quite fun and honestly even though it wasted a lot of tea, I feel like a validated the reason why I always set a timer when brewing tea. Thoughts? Comments? Would you perform an experiment like this? Let me know! Happy Brewing!