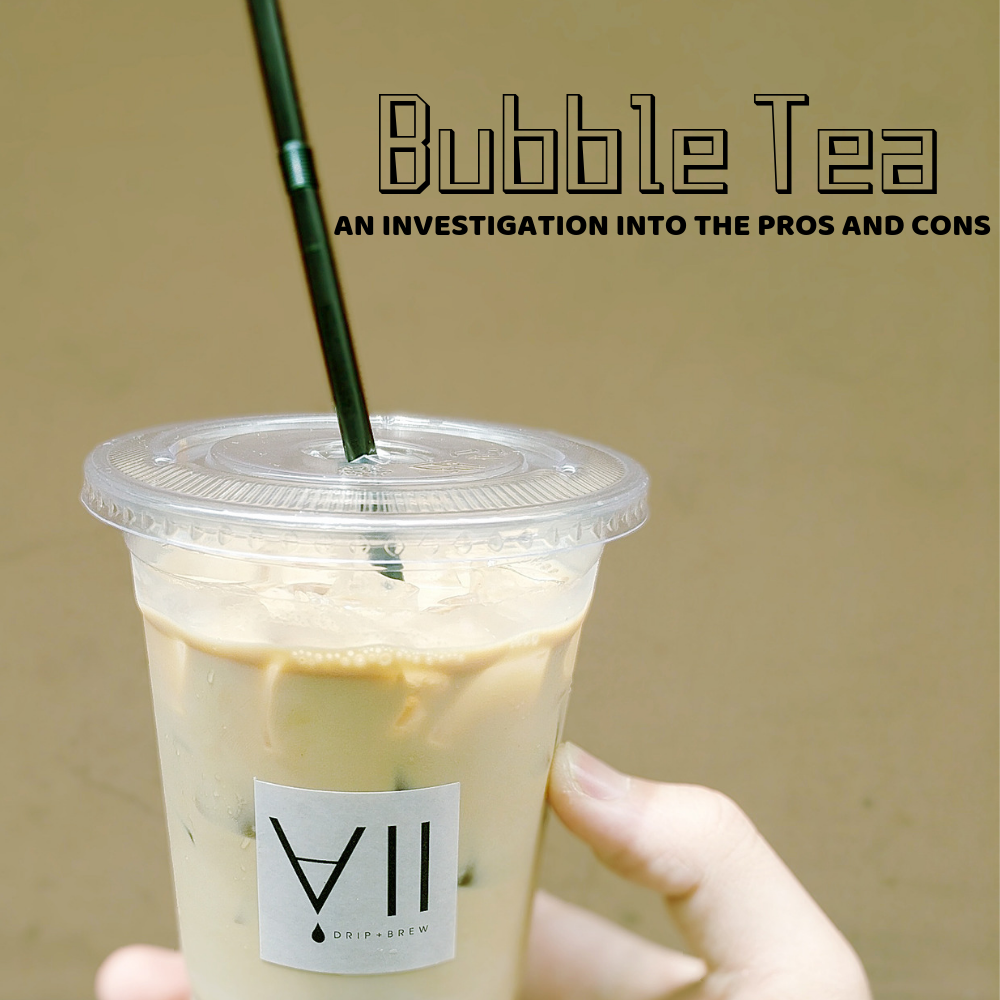 Bubble Tea. For a while, it was a huge trend and millions of people were consuming it daily. The “bubbles” in the tea were tapioca balls made for consumption. Last month, a story broke where a girl in China went to the ER supposedly due to Bubble Tea. After seeing this, I wanted to further investigate what these tapioca bubbles are and if they play a positive or negative role in your health.

A girl comes into the ER after being constipated for five days, not being able to eat, and with painful stomach aches. After a CT scan, about 100 shadows in the shape of circles were identified in the scan. After conversations about what the girl consumed in the last week, the doctors confirmed that it was the tapioca balls in bubble tea which caused the backup. The girl was given a strong laxative and sent home.

Bubble tea became a huge trend a few years ago, with the market still increasing today. Bubble Tea sounds like a healthy, trendy drink but is it really? I noticed a majority of the recipes either used simple syrup (could be a lot of sugar) or some sort of artificial flavor. Personally, many of the bubble teas that I have tried end up being too sweet for me. However, not all bubble teas are full of additives and too much sugar. Some opt for less sugar more heavy cream. Or less of each. It depends on the recipe and it depends on where you get your bubble tea.

I find that making it yourself is much healthier than buying bubble tea from a restaurant. Resturants end up adding sugars (and actually using more to preserve the boba), flavoring syrups (more sugar and artificial flavors), and heavy cream. This completely takes away any benefit of having tea in the drink. So if this is a drink that you love, try making it yourself! You could find that it is cheaper in the long run and better for you!

But we cannot forget to investigate the tiny “bubbles” of bubble tea. These balls are made usually out of two ingredients: tapioca starch and water (tapioca boba is what I am talking about in this post, but there are other varieties you can get in bubble tea as well). You can either make them from scratch or buy dried tapioca balls.

Tapioca itself, while is starchy, is not known to cause constipation (unless you ate a lot!). So, in regards to the news story about the girl in China, there could have been an additive to the tapioca balls that caused the blockage since she said she only had one drink earlier in the week (this fact is disputed a bit). The leading theory states that the additive could have been guar gar which can be used in tapioca balls for shape, color, and durability. Also since the tapioca balls were visible on the CT scan that leads the additive theory to most likely be true. So, just be careful! A master bubble tea maker doesn’t exist, to my knowledge, so nothing is really regulated.

There also have been claims before of tapioca balls having cancer-causing toxins in them! Those have mostly been disputed, but always good to note. They found in a small sample of tapioca balls the toxins styrene, acetophenone, and bromine. These compounds are classified as PCBs (polychlorinated biphenyls), which, in the past, has been associated with some cancers. In many cases, the lack of specific evidence and quantitive data made it hard for any scientists to want to actually re-evaluate the data (or should I say lack of data) and prove its accuracy. The sample size was also quite small so there is a lack of credibility there as well, so any amounts of toxins found are not very well analyzed and measured.

Now, purchasing or making a cup of bubble tea now and then is not going to cause any problems. If you know what ingredients are being used, then having it semi-frequently would probably also be safe. The problem lies when you do not know what is in your tea. Since the tapioca pearls are not regulated, there really is not a way of knowing what is in your tea unless you make them yourself. Same goes for sugar and artificial flavors. I am not saying to never drink bubble tea, but be mindful what you put in your body and the potential impact it could have.

Bubble tea is a nice, refreshing drink that has really taken over the market. It is always interesting to see the truth behind trends, positive or negative. I really hope this helps any bubble tea lover and maybe inspires them to try and make their own! Happy brewing!

One thought on “Bubble Tea | An Investigation & Discovery”