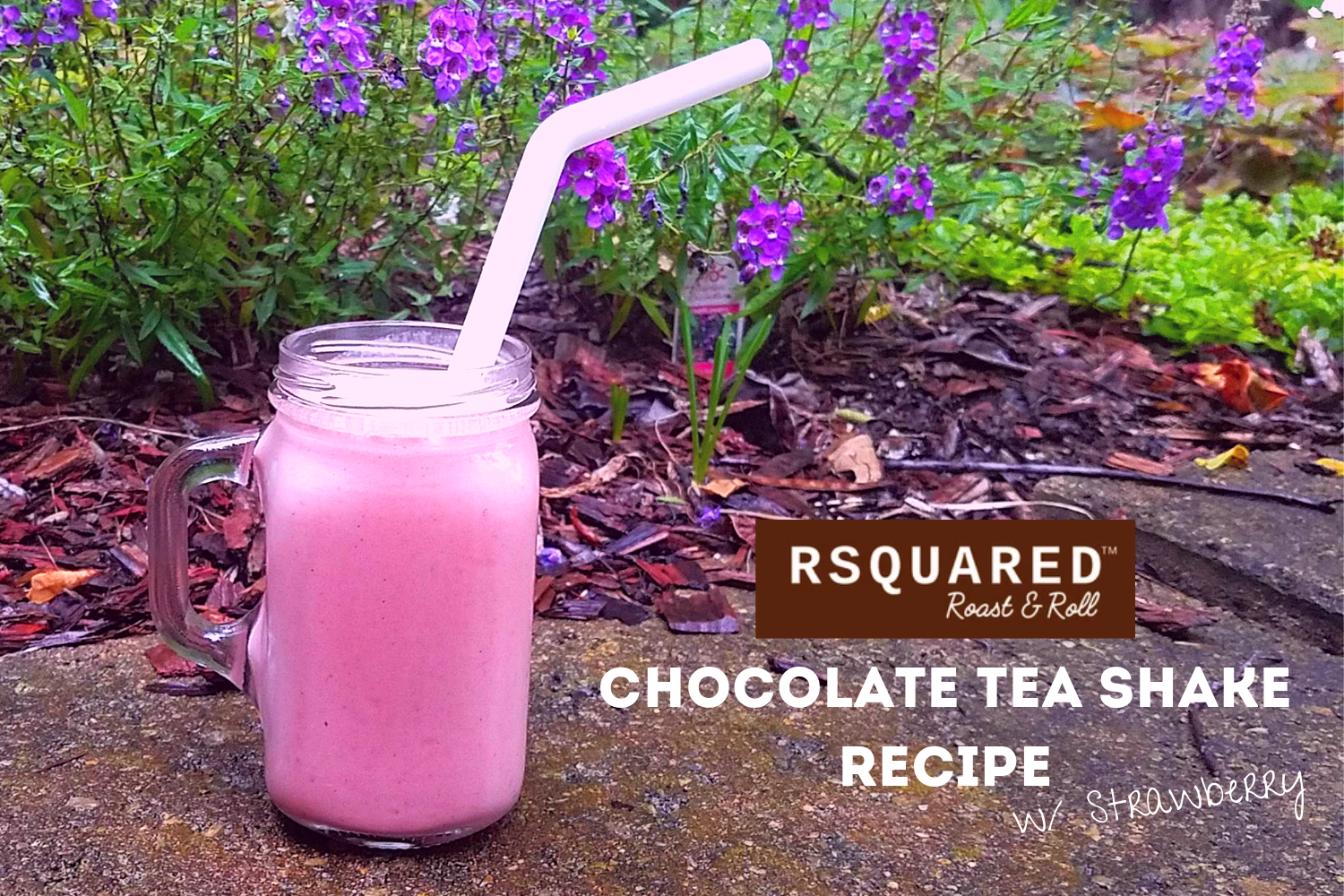 I love shakes, but ever since going lactose-free, I have not been able to buy a dairy-free shake from any restaurant. It makes sense since I am in the minority with this restriction. So, I have decided to make my own milkshake but with a twist. What tea blogger would I be without including tea in my lactose-free shake quest?

Rsquared Tea asked me to make a recipe with their chocolate tea and using their Silicon straws. I, of course, was overjoyed to comply. So I put on my thinking cap and tried to think of a good smoothie recipe. As you can tell by the title of this post…a smoothie this tea did not make. I could not figure it out. But it worked perfectly within a shake! So here is the recipe and my little tips and tricks of making this tea shake!

I started by brewing the tea (in previous attempts I cold-brewed it but I did not have time), two sachets per 1 cup of water. This tea is quite mild, so two sachets allowed the beautiful chocolate taste to really strengthen and develop.

Since I used near-boiling water to brew my tea, it was quite hot and would have melted my ice cream! However, I thought of quite the clever trick to cool down the tea without watering it down. I took the frozen strawberries and put them into the tea. This allowed the tea to cool down and the strawberries were able to defrost. (I was so proud of this little trick)

After I added the cooled down tea and strawberries to the blender, I added two scoops of ice cream and put on the blender top. And then blended away! It really was that simple! I then put it in a cute cup and picked out a silicon straw!

I am a huge straw fan. I find that I drink more when I have a straw, so I loved that they included the silicon straws for this recipe experiment! It came in the colors: latte, rose, and white. I was trying to take my own picture for these straws to really demonstrate how cool they were, but I was not having any luck. So here is a photo from Rsquared Tea.

The finished product was a beautiful shake that had a strawberry taste with a beautiful blend of chocolate tea. I was extremely happy that I was able to identify the taste of the tea in the shake as that was my largest difficulty when trying to make a smoothie.

I honestly believe this is a healthy version of a shake! Here are the (mostly accurate) nutritional facts of this tea. I could not narrow down the nutritional faces in regards to the chocolate tea, but I was quite surprised by how this tea made me feel. Usually shakes make me feel unreasonably full, but I felt very energized and light after this one.

I hope you try out this recipe and let me know what you think! Have you ever had tea in a smoothie before? It was definitely a new experience for me. Until next time, Happy Brewing!