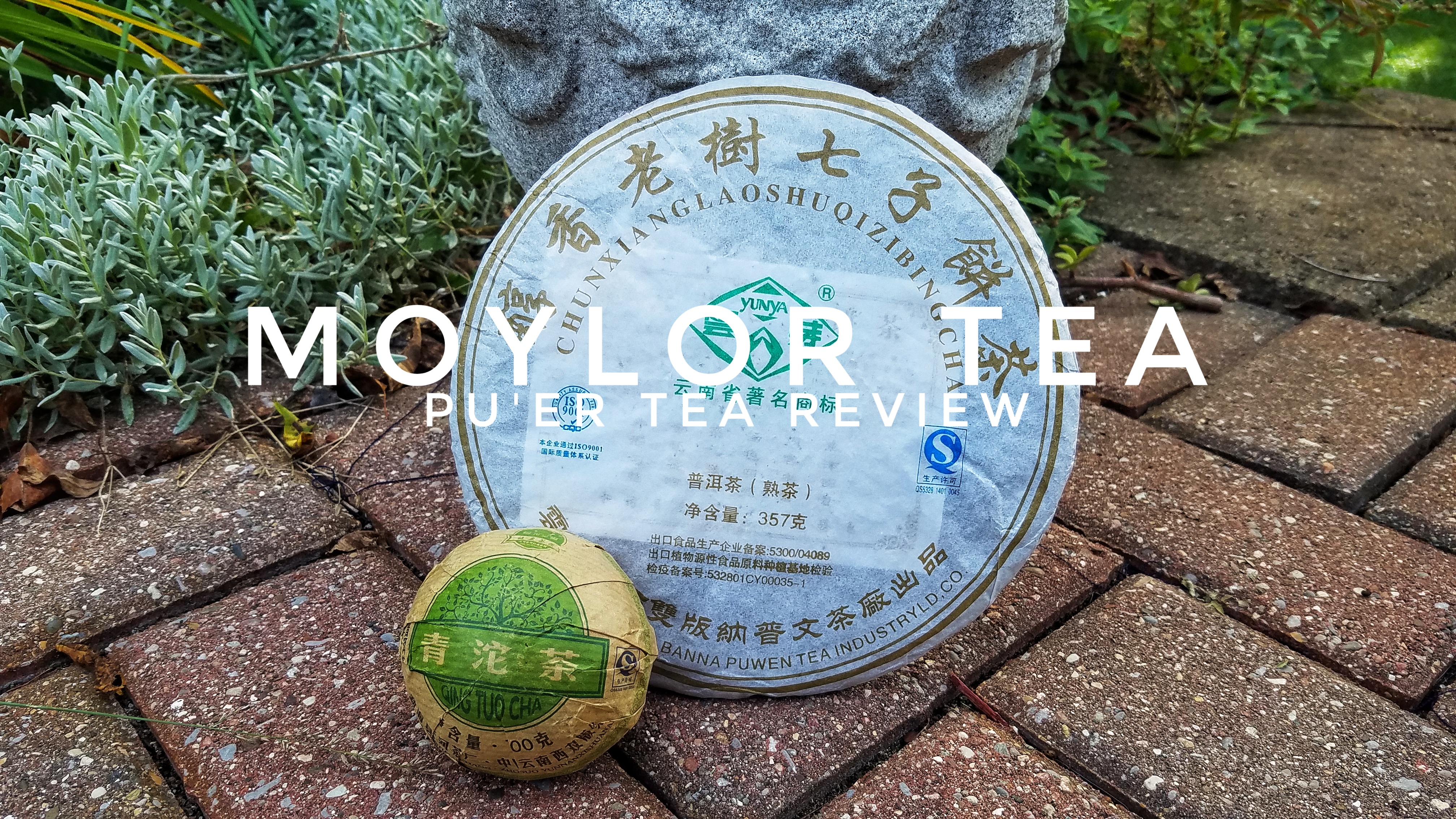 If you were to tell me a few weeks ago that I was going to drink tea that is 4 years old or even 7 years old…I would have called you crazy. But here I am. Writing this review and sipping a tea that has been aging and changing for 7 years. Crazy right?! Definitely a first for me. The supplier is Moylor but I received this sample from an Instagram account called @ChinasTea. They also gave me a 10% off code for you guys “DR10”. Here are my thoughts on this interesting and popular style of tea:

2012 100g High-Quality Raw Puer Raw Tea Tuocha Puyu Qingtuo Tea: I was surprised by this tea. Like, extremely surprised. I had no idea if you could cold-brew Pu’er tea, but I find that you can identify the different notes better when comparing cold-brew tea to hot-brewed tea. When cold-brewed, I could taste so many different flavors that I became temporary overwhelmed. It was mostly smooth and with just a hint of tannins at the end of a sip. My co-worker was given a bit of the tea, and she was very shocked at how flavorful this tea was with minimal ingredients. There was a bit of sweetness in the tea that had outright shocked me, almost like a very subtle honey-like taste. The color of this tea was a light honey color, a drastic difference from the other Pu’er Ripe tea. This Pu’er tea should be a green tea based on some of my research, but the Moylor website did not do a great job at explaining what exactly this tea was.

2015yr Yunnan Yunya Mellow Old Tree Pu’er Ripe Tea Seven Tea Cake 357g: When steeping, I could tell that this tea had a slightly sweet, black tea aroma. This was my first time having tea in a cake form and having to chip away at the cake to get leaves. It was very interesting for me to do this. The first and second cup that I experienced was nearly the same taste and aroma, which I had previously heard that not one cup of Pu’er tea is the same. It had quite a dark color to the tea, almost black except when held up to the light or in a glass container. The resulting flavor for me was quite mellow with a very full-bodied tea, it was also quite smooth to drink with no hints of bitterness. The mellow taste was quite earthy and interesting tasting, and the tea itself held up to so many steepings.

Analyzation of the Price:

So, this is where I got confused. The Raw Pu’er Tea was originally priced at $7.99 but since I received this tea about a month ago, the price has consistently been $3.89. The large Ripe Pu’er Tea was originally priced at $56 but again has consistently been $15.92. This seems a little odd to me as pu’er can be rather expensive and are not usually that cheap. There also was a lack of communication on the website to what I had gotten. Do not get me wrong, I really liked the tea but the inexpensive prices do slightly concern me. However, this would guarantee that anyone would be able to start building a Pu’er collection. However, I also have a code for you guys to use “DR10” for 10% off your next order.

Wow, I really could keep drinking paw Pu’er tea all day and be happy. It was so different, and complex, and changing! I was so surprised. I really was unsure what to think about these teas, but am so thankful for the opportunity to try these teas! Let me know your thoughts on Pu’er Tea! Love it? Hate it? Confused by it? Let me know in the comments! Happy Brewing!

Previous article
Teabury Tea | Tea Review
Next article
Are We Unintentionally Dosing Ourselves with Plastic?! No Thanks!!