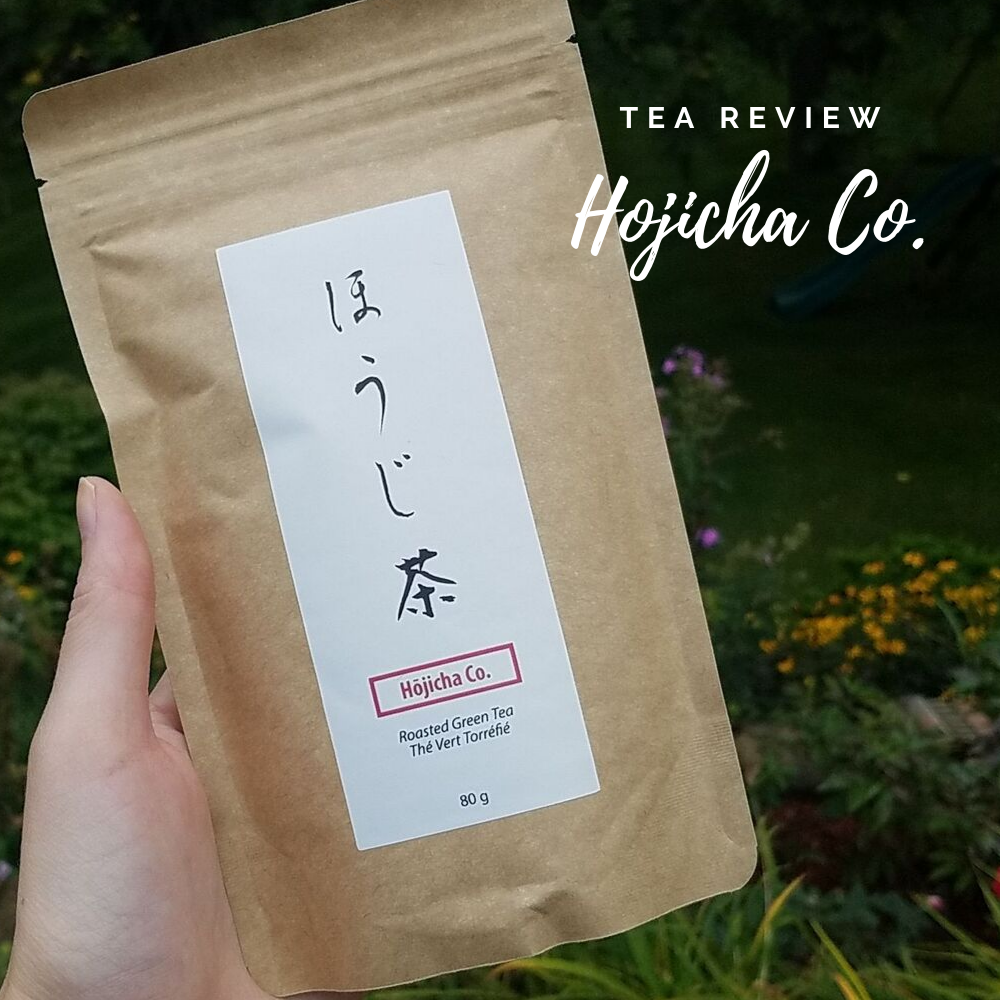 This tea is called “the champagne of teas” by this company meaning it is the best of the best. Hojicha Co. specializes in Hojicha straight from Kyoto, Japan. They sent me their premium Hojicha Gold Roast tea to taste and celebrate with! I also used this tea for a special tea cocktail! Here are my thoughts:

Analyzation of the Tea:

Hojicha Gold Roast: This tea was quite interesting and developed. I could smell the slightly smokey aroma when it was brewing. I tried this tea both cold-brewed and hot-steeped, but cold-brew is currently my favorite way to make it. The first note that came to my mouth was that of (popcorn?) and a very, very smooth refreshing feeling. Super odd, I know. There also was a slight crisp sweetness which made the tea go down very easily. I was quite impressed by the fact that this tea was low in caffeine so I could drink it any time that I wished to, which also made it easier to review.

Analyzation of the Price and Packaging:

This tea costs $18 for 80 grams. I think this is an extremely reasonable price for the quality of the product, and honestly, I was surprised that it was only $18. For the packaging, I was so enamored by the way this tea came to me. Wrapped in brown paper and tied with twine, I really did not want to unwrap it! The tea packaging was also fairly sturdy and looks like it will keep the tea fresh.

A fellow tea blogger, Marco, runs a blog called Steapd. On his Instagram, he occasionally tries out different recipes and in particular, he tried one with Hojicha Gold Roast. I am very curious about how tea cocktails taste and if tea can actually cover or help with the taste of alcohol. I recruited the help of my brother and his whiskey collection to aid in this process. It ended up being me, my boyfriend, and my brother all testing out this fun fall-themed drink!

I used roughly these measurements:

I tried putting 3 servings of this drink in a special mixing glass but temporarily forgot that the sparkling cider was carbonated…that could have been a mess. Luckily, after one shake I realized that I should stir this drink more instead of shaking and well exploding it all over the place. I then proceeded to pour out three drinks and spilling some liquid over the clean cups my brother just washed (klutz mode was a 10/10 and this was before I even had the drink).

This drink was quite interesting. I was not able to fully identify the tea taste in it, but I could tell that the alcohol feeling was masked. I could taste the whiskey and the pumpkin spice, but they all blended quite nicely. I later was told that hot brewing the tea and then icing it would bring a more prominent flavor out in the drink than the cold-brew method that I used. My brother (a whiskey connoisseur) thought the drink was too sweet, but I thought it was pretty good!

Have you guys ever had any kind of Hojicha before? Or a better question would be, what is your favorite tea cocktail? Let me know in the comments your experience with Hojicha or with tea cocktails! Happy Brewing!