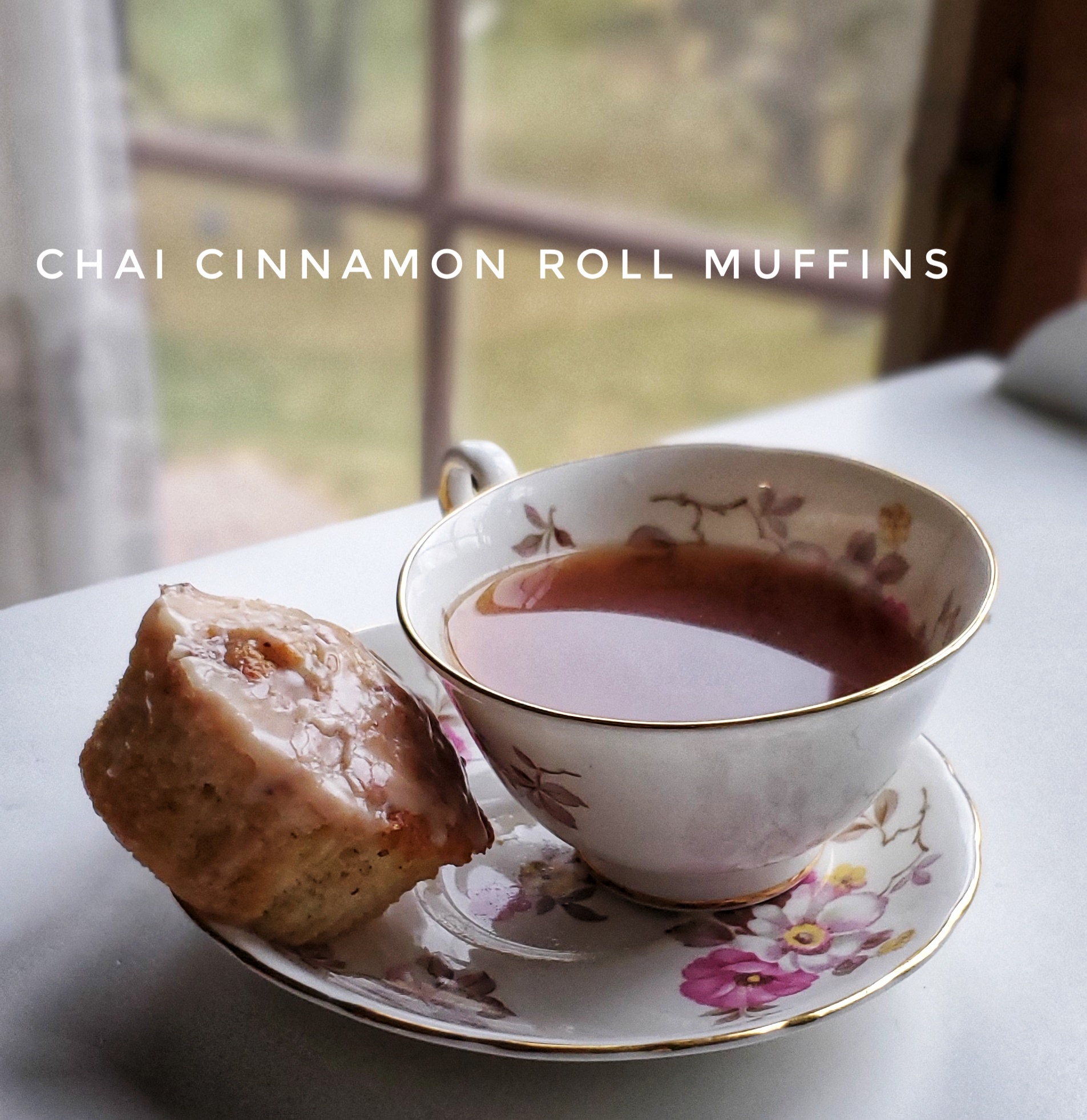 I am always trying to create new ways to insert tea into my diet and the challenge of doing so is just as exciting. Finding ways to substitute or enhance flavors through is a great way to play with flavors and learn through failures. I had an idea for this recipe right before bed. Bird & Blend Tea Co reached out to me to try and come up with a recipe including their tea, and it has been on my mind since the tea arrived on my doorstep. Being mostly dairy-free, I have master the art of finding replacements and being able to consume my favorite foods with little differences. I wanted to do the same.

That is when the idea of chai-infused cinnamon rolls came to my head. What if I could replace the cinnamon with chai? Would it work out? There was really only one way to find out. I had no idea how to make cinnamon buns from scratch, so I based my recipe on a cinnamon roll muffin recipe from Janine Huldie, mostly liking that this recipe did not have any waiting time for the dough to rise or other ways (I am an impatient woman). However, I had to slightly adjust this recipe to accommodate my love of tea. I used Toffee Chai from Bird & Blend Tea Co.

Here is the recipe that I used, with adjustments from me to account for the tea. It makes 12 muffins!

For the Cinnamon Swirl:

Let’s Put it Together!

I loved this recipe. I had a few fails, but it did end really well. My family has been enjoying them, especially my brother and I who both had three the first day. Hope you enjoy as well! Happy Brewing!

Happy Thanksgiving!! How are you celebrating? Of

How has your tea intake been affected during this