What is Masala Chai? | Looking at the Ingredients 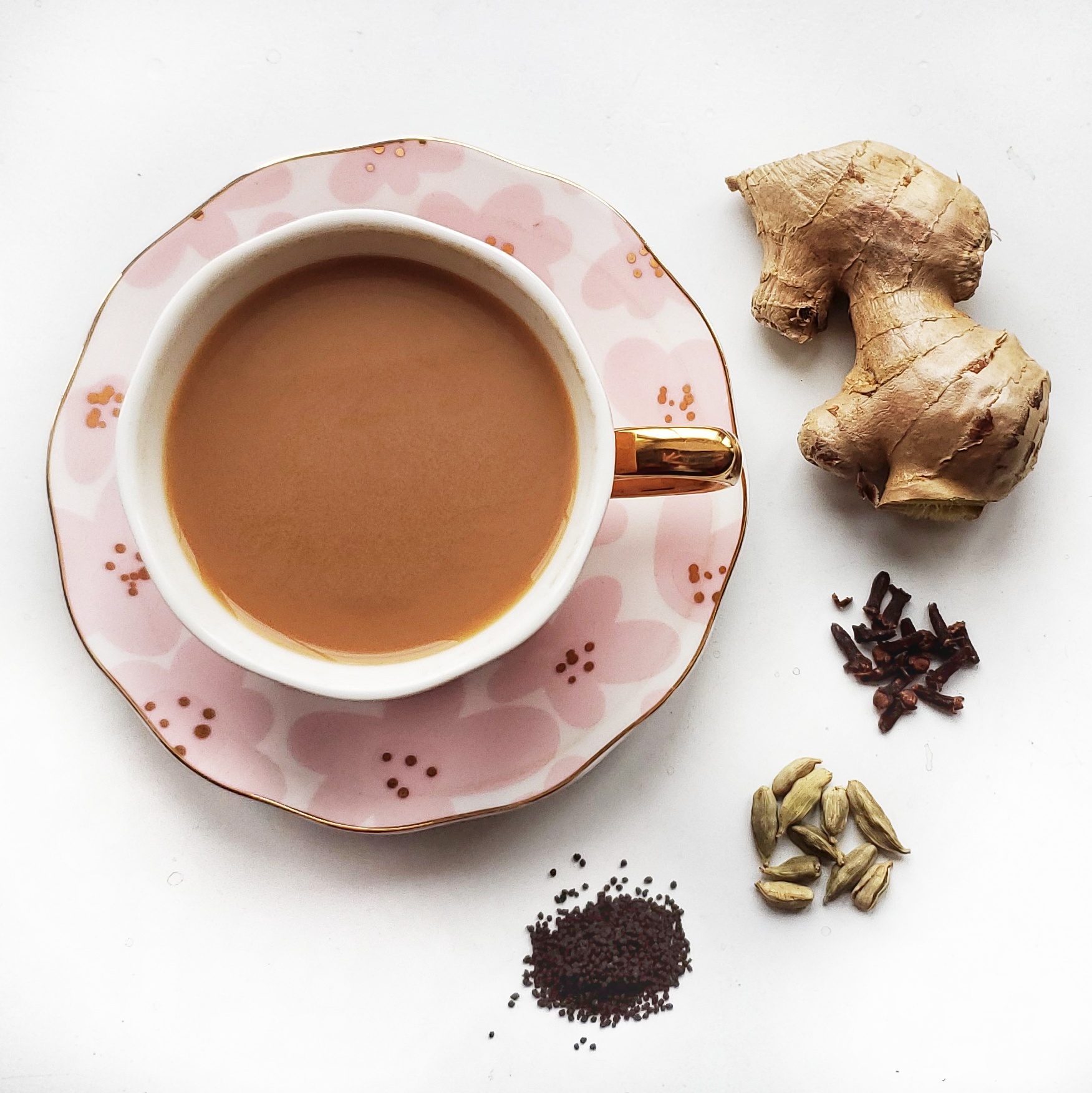 What is Masala Chai? | Looking at the Ingredients

Chai is usually described as a robust spiced tea served with milk and sugar. Masala Chai is literally translated to “spiced tea”. As you read in the origin section, it did not always have milk or even black tea as we know it to have today! But today’s modern and most popular version of Masala Chai uses CTC Assam (in the Indian subcontinent), Unrefined cane sugar, ginger, cardamom, and milk. I have found love in using CTC Assam, milk, clove, cardamom, sugar, and cinnamon. Is it still masala chai? Let’s look into this:

What is Masala Chai?

The first rule of making masala chai is that there are no rules to making masala chai. Many times, people used the spices and tea that they had on hand. Talking to Tanisha, I really made the realization that chai is really more about togetherness than the actual ingredients. But with that said, here is a closer look at some of the more common elements of Masala Chai.

Assam CTC: This is a black tea from India that is in the form of Crush, Tear, Curl developed in the 1930s. These hard tea pellets are made from multiple cylindrical rollers, with sharper teeth that crush, tear, and curl the tea leaves. The downside to this tea is that it can be more homogenous in flavor profile, becoming harsher and astringent in taste due to more oxidation. The base of Masala Chai needs to be robust so the sweeteners and additives do not overpower the tea.

The Sweetener: The sweetening aspect of the chai can vary based also on what is available. In India, Jaggery is commonly used for Masala Chai. However, unrefined white sugar, honey, brown sugar, or coconut sugar can all be used. The amount really varies based on preference and more sugar can actually bring out the spices more.

Milk: Really any milk can be used, but whole milk is often used due to its richness. Today, a variety of preferences are accommodated with any kind of dairy or non-dairy milk alternative.

The Spice Element: Like previously stated, there is no right or wrong when it comes to which spices to use in Masala Chai. Warmer spices are usually used like cardamom, clove, cinnamon, ginger, and even black pepper. Cardamom is usually one of the more dominant players that are traditionally used.

Many different regions in India have different variations of Masala Chai, and utilize different ingredients as according to their customs and culture. For instance, in Western India, they do not normally use cloves and black peppercorns. In Kashmir, green tea leaves (like gunpowder green tea) are used instead of black tea leaves. For the spices added, they tend to use almonds, saffron, cardamom, cloves, and cinnamon. Bhopal uses a pinch of salt in their Masala Chai blends. But these are all considered Masala Chai, and just further shows that the spices do not really matter.

I was adviced *by the expert Tanisha* how to make more authentic Masala Chai, and we changed up the recipe a bit to adjust to my personal preference. Here is how I have been making Chai:

Measure out your water and put it on the stove. While the water is coming to a boil, grind together the fresh ginger, cardamom, cloves, and cinnamon stick. Put in the boiling water and let simmer in there for about 2 minutes. After that has set together, put 1 tsp of Assam CTC leaves in with the spices, steeping for about 1 minute and 30 seconds. Add in the 1/3 milk, and let the chai come to a double boil (meaning that the bubbles on the side will start to rise and almost overflow). This is when you can try and aerate the tea as well. When it double boils, remove it from heat and strain it into a cup.

Discover the Rest of Chai Research

What did you think? Is there anything that you want to add or any other variations that you know of? Add to the post in the comment section! Next Saturday, I am going to be taking a look further into the culture of Masala Chai. Happy Brewing!

3 thoughts on “What is Masala Chai? | Looking at the Ingredients”