What is Matcha? | The Origin 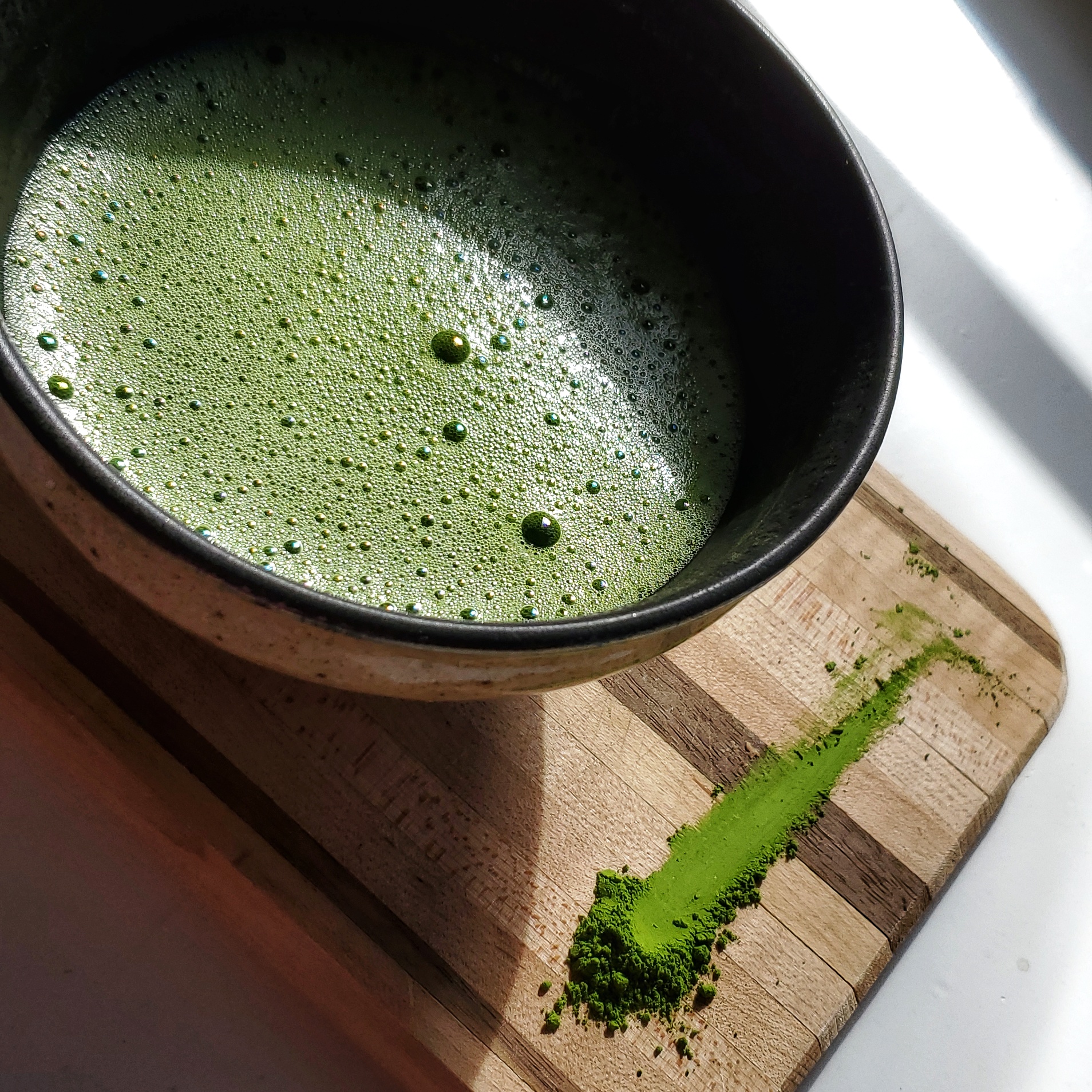 What is Matcha? | The Origin

For the month of March, my focus is going to be totally on matcha! I am going to be going through the origin, matcha tools, ceremonial vs food grade, and the culture/ceremony behind matcha. For today, I am focusing on the history of matcha. As with any popular drink, history can often be hard to track down and really dissect. If you look up the origin of matcha, a million URLs with the word “matcha” in the name come up, all with a slightly different variation of how matcha originated. The total history was actually quite difficult to track down, and put in order! But here is what I found!

Origin of the Word

The word can be translated into two components. “Ma” translated to ground, and “cha” means tea. Therefore, “Matcha” can be literally translated to “ground tea”.

Powdered tea has been consumed for centuries. With origins tracing back to the Chinese Tang Dynasty (7-10th century) where roasted and pulverized tea leaves were consumed with hot water. The leaves are put into tea bricks, which helps with the transportation of the tea. The tea was shaved off and then put through a stone grinder, then consumed with hot water. The process was further refined in the Chinese Song Dynasty (10-13th century) by using steamed green tea but is said to be largely abandoned by the Chinese in the end.

Tea production in Kyoto started when Japanese Buddhist monks Kukai and Saicho brought back seeds from journeys to China back to Japan, becoming the basis for Uji tea. They were first planted in the temple grounds in Kyoto, where the Kamakura Shogun resided. This really started the tea cultivation in Japan and also created a baseboard for matcha. Grinding and whipping the tea with hot water was a method later incorporated into Chanoyu (a 9th Century Japanese ritual that uses matcha, but more recent ceremony uses 16th-century adaptation). Zen Buddhists consumed tea before afternoon meditations for the clarity and wellbeing that it provided.

By the 13th century that the use of matcha shifted from religious practices to warrior traditions. It is said that matcha became the ceremonial drink of Shogun warriors before battles. Matcha had such little supply that it was limited to Shogun warriors and nobles.

The Uji Green Tea processing method was created in 1738 by Sohen Nagatani, which is still used today and allowed matcha to become more accessible to the public. Additional technology created a shading technique that involved a roof of straw that modified the amount of sunlight reaching the growing tea plants. However, a challenge still stood. Matcha was only to be made by a handful of approved merchants. So, Uji processing method education began which brought matcha to the masses. It is considered that matcha from Uji region is some of the best quality, but the shading method allowed farmers to cultivate the same flavor profile akin to Uji tea. It was then stated from the Shogun Ashikaga Yoshimitsu that the region of Uji is only allowed shade-growing, straw-covering methods to produce their tea.

Japanese Tea Ceremony brought matcha further culture and history and many fundamentals can be attributed to Murata Junko. The legend of the ceremony continues on through the matcha and tradition.

How Matcha is Made

When ready, the leaves are picked, steamed, dried, destemmed, and deveined. At this stage, the leaves are called “tencha”. They then are ground into a fine powder, traditionally with a stone mill or mortar and pestle. However, powdering machines can be used to create a large volume of matcha is a short amount of time.