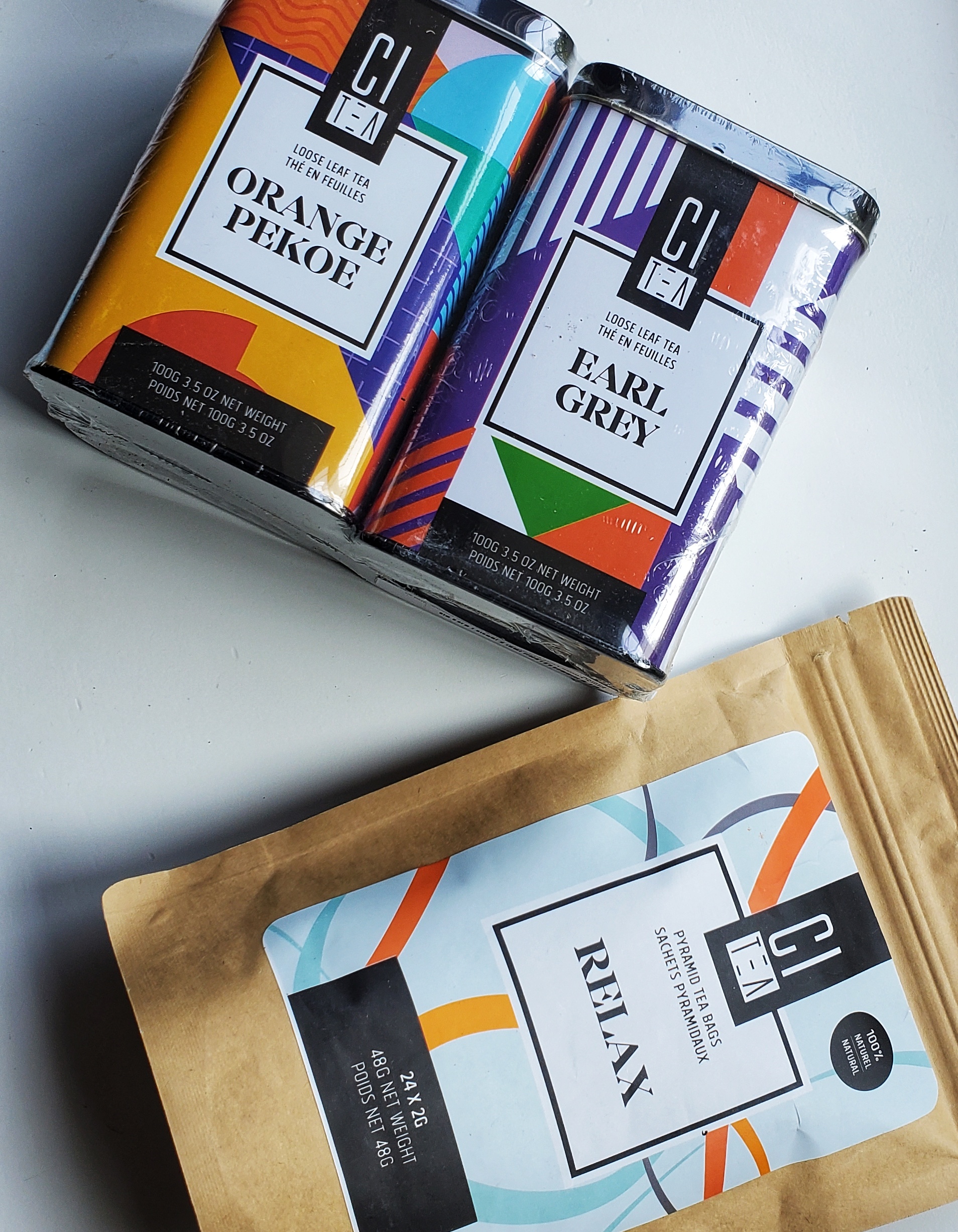 CiTea is a Canadian Tea Company based in Quebec, Canada. They choose their teas with the environment in mind and try to display the vast, different flavors of their tea through the colorful tea packaging. Their teas are carefully picked from the island of Ceylon, all in hopes to get consumers the best cup of tea. CiTea sent me their Earl Grey and Orange Pekoe. Here are my thoughts:

Earl Grey: As a heavy tea drinker, I was skeptical that earl grey could really change too much from one brand to another. And most people would likely agree with me. However, I was in for a bit of a shock with this specific earl grey tea. You might find this funny. My first thought with the aroma was “hmmm…is that….bananas?”. I am not kidding, it was all I could sense. The taste was similar too. I have no idea why, when I made it again later though the aroma had more citrus notes when it was hot. When it cooled down, I again got those ripe banana notes which I have not gotten from any earl grey before. The taste was malty and thick. The leaves themselves are very small fragments, so I was expecting a pretty robust cup and not as many steeps (which was partially true). There are a couple of benchmark indicators I look for in earl greys, one being the citrus element and how balanced it is with the black tea. Another one is, how strong is this tea (which can be based on a multitude of user changes, but still an important point for me). This tea has a great balance of citrus to black tea, but more leaning toward the citrus side. It leaves a lingering slight dryness in the mouth and a bit of lemon-like zing on my tongue. I like this tea quite a bit, the banana…feature? is a bit much sometimes, but nice to sip on when I am in the mood. That makes sense right?

Orange Pekoe: I reach for a black tea right in the morning, never oolong, green, or white – always black tea. So when reviewing this tea, I made sure to do the same as I would normally, trying this tea while I was barely awake and relying on the caffeine to wake me up. The aroma was sharper with some astringency wafting up to my nose. It was slightly tanniny as well with almost….peppery? aroma notes. But the entire aroma was incredibly warming and perfect for the first cup of the day. The taste also lived up to a nice morning cup of tea as it was fairly mild overall. But I did feel a gentle awakening feeling overall. When the tea cooled down a bit, I did notice some cocoa notes along with the tanniny feeling. It did have some slightly sharp and drying feelings within my mouth. Overall, it was nice to sip on but I am not sure there is too much overly special about this particular tea. It was just right in the morning.

Relax: I love a good relaxation herbal tea before bed. The first thing I noticed about this tea was the incredibly strong aroma. It was super heavy on the peppermint and overall minty notes. As soon as I open the bag, it was so heavy and apparent. I was surprised that as the tea steeped, the aroma turned a lot more citrus-like and much less minty. The color of the brewed tea was a lovely yellow, much like normal chamomile tea. The taste was also a lot different from the initial aroma with lovely citrus-like notes. I was surprised that I could not taste the chamomile as strongly, but it really just had a lovely lemon taste with a smoothness of rose petals as well. The tea left a fresh taste in my mouth making it a good drink before bed and after brushing my teeth. Overall, it was very light and easy to drink.

Packaging: Both of these teas came in tins and the loose leaf tea was also put into a sealed bag. Tins are my personal favorite way to store tea and the aromas did not leak out of the packaging. The pouch did not conceal the aroma as well for the herbal tea, and it came out of the top of the seal.

Sourcing: The sourcing information was a bit vague. They list the address of where the tea was packed in Sri Lanka. The website states that the tea comes from an island of Ceylon and is rather non-descript. I would prefer just a bit more information on the tea.

What is your favorite type of tea packaging? Is it a tea pouch or tea tin? This company had me thinking about it just because they do emphasize that they make their overall brand image more colorful and exciting since you cannot pick the tea from the aroma itself. Happy Brewing!